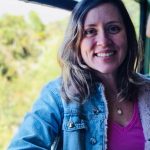 boards. My main research field is aquatic toxicology. In this context, I

have been studying effects of a variety of compounds, including

metals, pesticides, biofoulings, and contaminants of emerging concern on

different bioindicators such as microalgae, micro and macro

invertebrates, and fish. Recently, my research has expanded into

understanding the associated effects of climate changes and metal

contamination on freshwater and marine calcifying organisms, by

analyzing ion flux and biomarkers involved in the biomineralization.

This project has been developing at the University of British Columbia (UBC,

Vancouver/BC), supported by a National Council for Scientific and 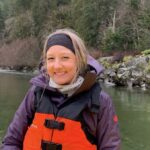 My previous researchwas on major ion toxicity in adultDaphnia magna and ion transport through the specialized nuchal organ in juveniles. My Ph.D. research is focused on the effects of dissolved organic carbon on ionoregulation and gill morphology with particular interest inAmazonian fishes native to dissolved organic carbon rich, ion-poor, acidic waters. 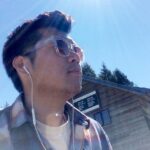 I started my undergrad education with bioprocess engineering in South Korea. After graduation, I broadened my interests from engineering to animal sciences including parasitology, herpetology and ichthyology.  During my M.Sc. at UBC, I focused on pheromones, chemosensory systems, animal behavior and respiratory physiology in various species of fish and crustaceans. My doctoral research was conducted under the supervision of Chris Wood at UBC and focused on ammonia as a respiratory gas in fish, with particular emphasis on its role in ventilatory control, both centrally and peripherally, and the mechanisms involved, using the rainbow trout and Pacific hagfish asmodel systems.  I am now a postdoctoral fellow in the Wood lab, engaged in several projects. Two of these directly follow up my doctoral work, looking at the role(s) of ammonia and the other respiratory gases in the bloodstream in controlling the changes in ventilation that occur after feeding, and after exhaustive exercise. A third project looks at how the processes of feeding and breathing are integrated in the Pacific hagfish. I am also interested in modeling the pressure-flow relationships during breathing in fish, and in using continuous ventilatory recording in fish as a sensitive detector system for aquatic pollutants. 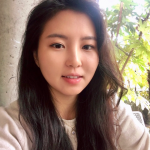 My research background includes thermal limitation, particularly with respect to climate change, and its effect on various steps of the aerobic metabolism in fishes. My PhD research focuses on the interactions of NH3, CO2 and O2 in the gastrointestinal tract of fishes, a subject with large potential implications for aquaculture, particularly with respect to the formulation of new diets and optimization of feeding regimes. 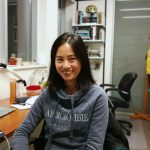 As an environmental toxicologist, my research interests are on aquatic pollution and anthropogenic impacts on wildlife. In my PhD project, I studied the biotransformation and transgenerational effects of a persistent flame retardant on marine microalgae and invertebrates. In addition to that, other stressors, including hypoxia and ocean acidification, were also found to affect the bacterial community of biofilms and the settlement of gastropod larvae. I also have experience on the biodiversity assessments of forest, subtidal and intertidal habitats. Marine microplastics have become part of my research as I tried to identify the fragments from biological degradation.

My postdoctoral research is trying to determine the toxicity of major ions to freshwater species by measuring trans-epithelial potential. Based on the differential alteration of the electrical gradient across biological membranes (e.g. gills for fish), we aim to predict the mortality of animals under exposure to different ions and their mixtures.