The key figure from the paper, showing the result of a genome-wide association study of colour differences between the two forms: 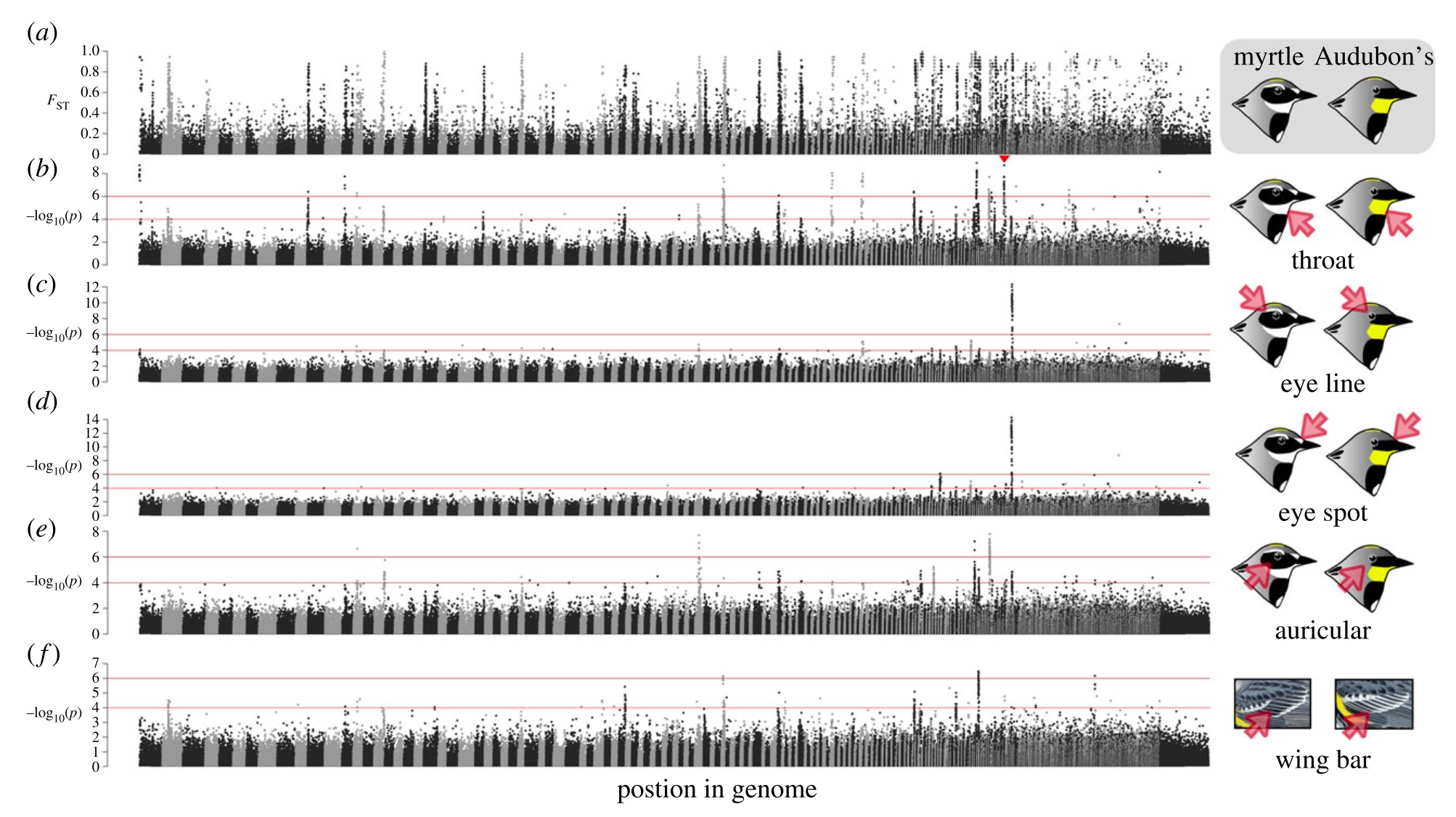 The Abstract:
Identifying the genetic bases for colour patterns has provided important insights into the control and expression of pigmentation and how these characteristics influence fitness. However, much more is known about the genetic bases for traits based on melanin pigments than for traits based on another major class of pigments, carotenoids. Here, we use natural admixture in a hybrid zone between Audubon’s and myrtle warblers (Setophaga coronata auduboni/S. c. coronata) to identify genomic regions associated with both types of pigmentation. Warblers are known for rapid speciation and dramatic differences in plumage. For each of five plumage coloration traits, we found highly significant associations with multiple single-nucleotide polymorphisms (SNPs) across the genome and these were clustered in discrete regions. Regions near significantly associated SNPs were enriched for genes associated with keratin filaments, fibrils that make up feathers. A carotenoid-based trait that differs between the taxaâ€”throat colourâ€”had more than a dozen genomic regions of association. One cluster of SNPs for this trait overlaps the Scavenger Receptor Class F Member 2 (SCARF2) gene. Other scavenger receptors are presumed to be expressed at target tissues and involved in the selective movement of carotenoids into the target cells, making SCARF2 a plausible new candidate for carotenoid processing. In addition, two melanin-based plumage traitsâ€”colours of the eye line and eye spotâ€”show very strong associations with a single genomic region mapping to chromosome 20 in the zebra finch. These findings indicate that only a subset of the genomic regions differentiated between these two warblers are associated with the plumage differences between them and demonstrate the utility of reduced-representation genomic scans in hybrid zones.